Zachary Simpson has been in twenty theatrical productions at several different community theaters in the area. With Proctor’s School of the Performing Arts he participated in Les Miserables and in Aida by Elton John and Tim Rice. He is a cantor at Our Lady of Grace Church in Burnt Hills and plays percussion in a rock band. Zachary wants to bring his interest in piano, singing, acting and dancing to a career in the performing arts. He will attend Syracuse University where he wants to major with a Bachelor of Fine Arts in Acting/Singer Actor Track.

Alexa Rahman has been singing before she learned how to talk according to her family and has cultivated a love for music and horses equally. In high school she participated in the Saratoga Choraliers, and Melodies of Christmas Chorale. She played the violin in the chamber and pit orchestras and was invited to the NYSSMA Area-All State Orchestra and Chorus as well as Conference All-State Choir. She is an active equestrian and a championship winner in equine competition since 2015. Alexa plans to attend Ithaca College to pursue a music major (vocal track) in combination with health sciences towards physical therapist and voice teacher. She does not exclude that she could become a horse trainer and have her own horse farm. 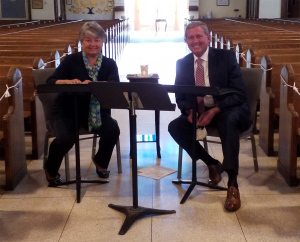 Jurors for the competition were Brenda and Jeffrey L. Vredenburg. Mr. and Mrs. Vredenburg retired as music teachers at Saratoga Springs High School in 2005. As adjunct instructors for the Crane School of Music they have coached numerous Crane graduates in the Albany area off-campus supervising them as student teachers. Both have served within NYSSMA in various functions including certified judge and guest conductor at the Area All-State festivals. Jeffrey L. Vredenburg conducts the Mendelssohn Club of Albany, a position that he has held from 1989 to 2001 and again from 2011 to the present. During his tenure at Saratoga Springs High School he conducted three choirs that achieved award winning performances.

The Burnt Hills Oratorio Society Vocal Scholarship Competition was started in 1998 to promote the next generation of singers. The scholarship program is fundamental to the BHOS mission of cultivating the choral arts within our community.

Your contribution supports this important mission. 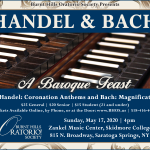 Come Sing With Us – Bach and Handel at Zankel May 2020Concerts, Events and Activities 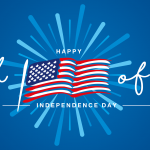